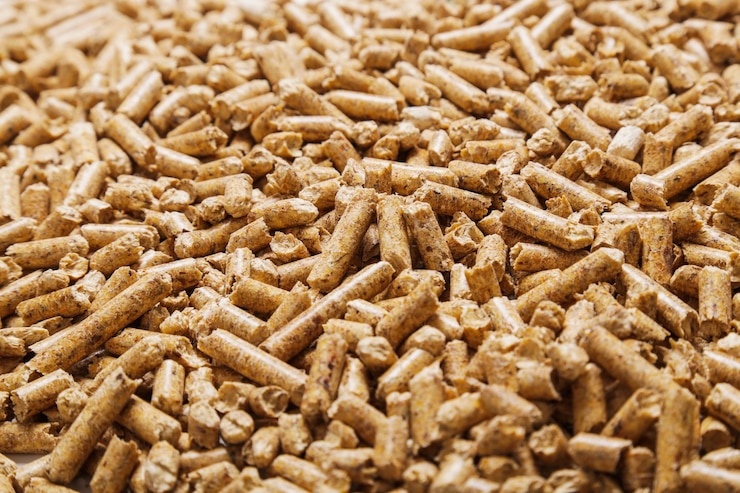 The cogeneration system of heat and electricity from bagasse – otherwise known as sugarcane pulp – of Nghe An Sugar Company (NASU) under TH Group is performing two goals at the same time: supplying electricity for sugarcane production and selling it back to the national grid.

NASU sees investment in generating both heat and electricity from bagasse the answer to solve environmental problems arising from production and as a way to help it partially self-manage power production while reducing pressure on the national power system.

Ngo Van Tu, general director of NASU, said that the company produces around 7,000 tonnes of sugarcane juice per day, generating an average of 30.7KWh of electricity per tonne of sugarcane. NASU uses about 6.2MWh, and the remainder is sold to the grid.

In the sugarcane season in 2020-2021, the company produced more than 15 million kWh of electricity and sold more than five million to Electricity of Vietnam (EVN), increasing its revenue by around VND2 billion ($87,000) for the crop. In addition, the company did not have to pay contractors to handle excess bagasse.

Following this example, the prospects for the development of biomass energy in the sugar sector are very positive. NASU, with around 225 square kilometres of raw material areas for sugarcane cultivation, has integrated co-generation technology from bagasse into the production process.

The bagasse and sugarcane sludge is used as fuel to burn the furnace and produce steam with high pressure to run generators, thereby obtaining electricity to serve the power need of the factory. For many years, all of the electricity demand for NASU’s factory has been self-produced from bagasse.

Meanwhile, Son Duong Sugar JSC also applies the co-generation technology from bagasse to develop Tuyen Quang Sugar Cane Biomass Power Plant with a total capacity of 25MW. According to the company’s calculations, the output for self-use and supply for the sugar production line of the plant is 9MW. The remainder of 16MW can then be sold to EVN.

In addition, the co-generation technology could act as a solution to help balance the power supply for hydroelectricity in the dry season, which is also the peak power consumption time of sugar refineries. However, many sugarcane enterprises are not interested in developing co-generation projects.

Currently, electricity from bagasse co-generation is priced at 7.03 US cents per kWh, lower than the price of electricity purchased from biomass power plants at 8.47 US cents.

Nguyen Van Loc, acting general secretary of the Vietnam Sugarcane and Sugar Association (VSSA), commented, “Domestic sugar businesses are suffering compared to Thai colleagues who can sell at 17 US cents per kWh or those from the Philippines, who can still sell their electricity for 13 US cents per kWh.” Both countries do not distinguish co-generation projects from bagasse and biomass electricity from other sources such as power plants.

According to the VSSA, biomass energy has just been popularised in large enterprises, and small production facilities have not yet had access to this energy source. Meanwhile, investment in biomass plants requires advanced technology and a supporting legal framework, which has not been completed yet.

The German Development Agency (GIZ) published data showcasing that the expected success of biomass energy is heavily dependent on the availability of biomass and the location of the plant. In Vietnam, there are 38 sugar factories using biomass to produce electricity and heat with a total capacity of about 352MW.

Most sugar mills use bagasse as the main input raw material for electricity generation. However, the supply of bagasse depends on the season, leading to a lack of raw material supply when it is not in the sugarcane season.

The analysis shows that the financial viability of such projects can be improved if there are other sources of raw materials to supplement bagasse in the low season.

The distance between the biomass feedstock and the factory location also determines the transport cost and risk of delay or loss, which was another important factor mentioned by GIZ researchers.

While part of the risk can be addressed by using repositories, it creates an additional cost factor. Moreover, the distance from the plant to the power grid also has an impact, especially if the plant intends to sell electricity back to the national grid.

The VSSA estimates that by 2030, the whole country will have 40 million tonnes of sugarcane, equivalent to a power capacity of 1,600MW, with electricity from bagasse reaching 2.8 billion kWh of commercial electricity connected to the grid.