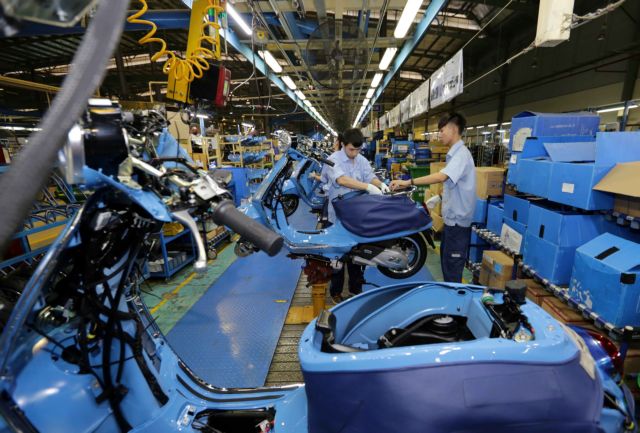 HÀ NỘI — European firms have shown their optimism about the Vietnamese economy, which is recovering strongly after the COVID-19 pandemic, Vice Chairman of the European Chamber of Commerce in Việt Nam (EuroCham) Nguyễn Hải Minh has said.

According to Minh, despite the global supply disruptions induced by the pandemic, Việt Nam still exported more than US$35.1 billion worth of goods to the EU in 2020 and over $40 billion last year.

Meanwhile, the Southeast Asian nation imported $14.6 billion and $16.7 billion worth of commodities from the bloc in the two years, respectively.

However, Minh said, European enterprises in Việt Nam said they benefited more from the EVFTA as the country’s export to the EU mainly came from FDI firms.

EuroCham member businesses and even those that have yet to invest in Việt Nam expressed their hope that the EU-Việt Nam Investment Protection Agreement (EVIPA) would soon be approved and take effect, paving the way for European firms to expand investment in the Southeast Asian nation.

Minh also cited the Business Climate Index (BCI) released by EuroCham showing that European business stakeholders’ confidence in Việt Nam’s investment environment declined slightly in the second quarter of this year to 68.8 per cent due to external factors.

Up to 60 per cent of respondents predicted that the Vietnamese economy would stabilise or improve in the third quarter of 2022, 45 per cent were significantly or moderately satisfied with Việt Nam’s efforts to attract and retain foreign direct investment (FDI), and 76 per cent expected to increase FDI in the country before the end of the third quarter.

55 per cent of respondents said Việt Nam improved its FDI attraction and retention capabilities since the first quarter.

Regarding the link between green growth and FDI, nearly 90 per cent of respondents said that Việt Nam should increase green economy development to attract more foreign investment.

Minh said apart from the above advantages, Việt Nam’s improved administrative procedures also helped to attract foreign investors, including those from the EU.

He also noted that many EU enterprises were still concerned about specialised inspections in Việt Nam, which remain overlapping. — VNS