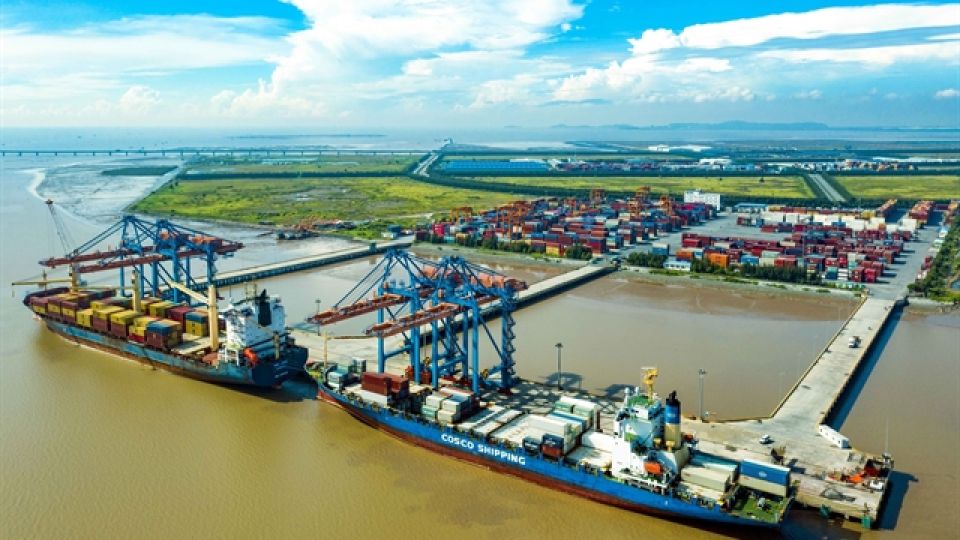 HÀ NỘI — Ambassador Nguyễn Hồng Thao, the first Vietnamese to be elected to the International Law Commission and who is now serving his second term in the commission for the 2023-2027 tenure, has written an article looking back on 30 years of implementing the Vietnam Marine Strategy.

The article was published recently in Vietnam News Agency’s Vietnam Law magazine. The following is the full text of the article.

Việt Nam has been acutely aware of the importance of the seas to the economy, security and national defence, and social development through its specific policy instruments enacted since the 1990s.

Resolution 03-NQ/TW issued in 1993 by the Party Central Committee’s Political Bureau sets the goal of turning Việt Nam into a strong marine economy. Then, Resolution 09-NQ/TW on the Việt Nam Marine Strategy through 2020 (the Marine Strategy) was adopted in 2007, placing a focus on making Việt Nam a “strong marine economy” through “bringing into play all potential of the seas”. It was targeted that by 2020, contributions from the marine and coastal economy to the country’s GDP would reach 53-55 per cent and per-capita GDP in marine and coastal communities would double the country’s average growth level. Later, Resolution 36-NQ/TW in 2018 on the Strategy for sustainable development of the marine economy through 2030, with a vision toward 2045 (the Strategy for sustainable development of the marine economy), reasserts the goal of turning Việt Nam into a country that is strong and rich from the seas on the basis of sustainable development, prosperity, and safety and security, laying an emphasis on sustainable development of the marine economy based on green growth. Indicators related to sea and ocean governance and coastal zone management are required to meet international standards so as to lift Việt Nam at least into the group of upper-middle income countries in the world. Contributions of its 28 coastal provinces and cities are set to account for 65-70 per cent of the country’s GDP while per-capita income in these localities will be 1.2 times or higher than the national average income.

Moreover, Việt Nam has fully acceded to a raft of environmental and sea treaties and proactively built up a legal system on sea management. It has also promoted negotiations for the settlement of sea disputes and signed three agreements on delimitation of and two others on joint exploitation in maritime zones, thus facilitating the establishment of maritime zones under the United Nations Convention on the Law of the Sea (UNCLOS) for implementation of its Marine Strategy. The state apparatus in charge of marine economy management has been reorganised, with priority given to the ministries engaged in sea-related activities according to an integrated approach.

Certain policies have been proposed and enforced, such as the policy on support for and development of offshore fishing, and the 2010 Strategies for fisheries, tourism, and transport development. At the same time, importance has been attached to public communication to raise awareness and create consensus among ministries, sectors, localities, businesses and the people.

Over the years, Việt Nam has allocated significant funds, science and technology, and human resources for marine industries such as oil and gas, construction of seaports and fishing ports, and shipbuilding. It formed the Coast Guard forces in 1998 and the Fisheries Resources Surveillance forces in 2014. Regimes of reporting environmental impact assessments have been put in place under the Law on Environmental Protection.

The country has succeeded in applying the integrated management approach to its maritime zones and actively participated in the programs of the Partnerships in Environmental Management for the Seas of East Asia (PEMSEA), the United Nations Environment Programme (UNEP), the International Union for Conservation of Nature (IUCN), and other regional organisations. So far, 14 out of the 28 coastal provinces and cities have developed strategies for integrated coastal zone management.

For marine economic sectors, relevant master plans have been adopted as suitable to the characteristics of each locality toward sustainable development and protection of marine resources and the environment.

The implementation of the Marine Strategy and the Strategy for sustainable development of the marine economy over the past 30 years has produced initial outcomes with certain economic achievements, having set new orientations for economic development based on the potential and advantages of the sea.

In the 2011-20 period, marine economic sectors have made great contributions to the country’s GDP. In this period, the average annual growth rate of coastal localities rose to 6.4 per cent.

In 2020 alone, GRDP (calculated at current prices) of the 28 coastal provinces and cities surpassed VNĐ4,040 trillion (approx. US$168 billion), making up more than half of the country’s GDP. Meanwhile, per-capita GDP of these provinces reached VNĐ84.4 million compared to the country’s average level of VNĐ82.7 million. Some of these localities took the lead nationwide such as Bà Rịa-Vũng Tàu, which was ranked first with VNĐ263 million, Quảng Ninh ranked second at VNĐ164 million, HCM City ranked fourth at VNĐ148 million, and Hải Phòng ranked sixth at VNĐ134.6 million.

The infrastructure systems in coastal areas and on islands have received due investment, thus creating fundamental changes in economic development and serving as solid ground for advancing to the seas and, at the same time, can become defensive zones for protecting sovereignty, sovereign rights and national jurisdiction in the maritime zones and on the islands of the country.

Despite having built a strategic vision and adopted the Resolution on the Strategy for sustainable development of marine economy early on, Việt Nam still confronts numerous challenges during their implementations. The limitations include the non-availability of a master plan on national marine space, the lack of implementing regulations, a national database on the seas, and specific guidance for some orientations, e.g., the definition of “blue marine economy”, “blue economy” or “purely marine economy”. Moreover, no full-time multidisciplinary administration agency has really been formed so far. Marine resources have been overexploited and ecosystems are in danger of degradation. Activities in response to climate change, rising sea levels and combating illegal fishing still see shortcomings.

The South China Sea (known as East Sea in Việt Nam) dispute has affected the delimitation of boundaries and planning of the whole marine space. Weaknesses are seen in marine scientific research while resources for implementation are lacking and allocated in a thinned-out manner.

Therefore, to ensure successful implementation of a blue marine economy, Vietnam should take into account the following solutions.

First, the country needs to promote negotiations to settle disputes in maritime zones so as to facilitate the delimitation of marine boundaries and serve the planning of marine spaces and sustainable economic development.

Second, it is necessary to complete institutions for the sustainable development of the marine economy, giving priority to improving the legal corridor, innovation and development of the model of green growth, environmental protection, and raising productivity, quality and international competitiveness of marine economic sectors, maritime zones and coastal zones. It is also required to improve the mechanism for integrated and unified sea management, in addition to scrutinizing, modifying or formulating sea-related master plans, ensuring connectivity and synchronicity among sectors and localities (applying the integrated interdisciplinary approach).

Fourth, it is a must to develop multi-purpose and synchronous infrastructure facilities with transport networks connecting major economic centres, industrial parks and urban centres around the country, and maritime zones with seaports based on economic and natural ecosystems, ensuring the North-South and East-West strategic connectivity among different regions in the country and between Việt Nam and other countries in the world.

Last but not least, the country should attach importance to attracting international investment, technology and finance to serve the development of a blue marine economy and, at the same time, accede to treaties on the protection of marine resources and environment. As a first step in this path, Việt Nam and Norway are expected to co-finance an initiative to formulate an international agreement on marine plastic litter. — VNS